Welcome to the eighth edition of “a thousand words”. This story is called “When Diwali Meets Halloween”. Most of us are familiar with the phrase “a picture is worth a thousand words”. However, adding some more depth to a photo with a concise description makes it even easier to digest. In this edition, I will share the story of this picture and what is actually happening behind the lens.

For the Hindu culture, Diwali is the most widely celebrated holiday. It happens every year, and it’s similar to how Christians celebrate Christmas. Additionally, it usually takes place near the end of October or in early November. However, there is another major holiday that takes place during this time; Halloween. Though these two celebrations don’t always overlap, they often do most years. This picture shows how Hindus in America can celebrate both at the same time. Here’s some back story to help give it context.

Celebrating Holidays as Hindu in America 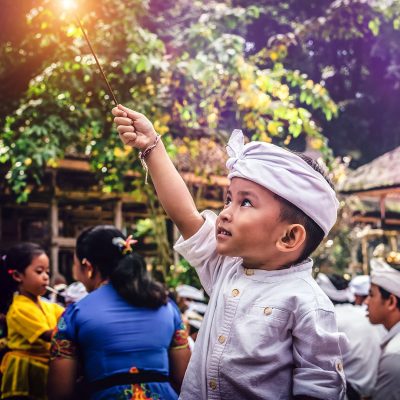 One of the best parts about America is that we are a giant melting pot of religions and cultures. For many people integrating into our country, striking a balance between old traditions and new ones can be quite challenging. For instance, most people carve pumpkins and decorate jack-o-lanterns for Halloween. In India, very few people pay attention to this holiday because Diwali is happening at the same time. So, the ingenious solution is to combine the two celebrations! However, it’s important to keep the dignity intact for both celebrations independently. Here’s how one family balances the two when they overlap.

As I mentioned, integrating into American culture can be a bit challenging for Hindus. It is vastly different here from living in India, and not everyone is as accommodating as they should be. Meanwhile, it’s important to uphold the sacred traditions and values that are so dear to Hindu culture. So how can you still celebrate Diwali when living in the United States?

In India, the holiday is celebrated by lighting small candles and giving gifts like many other global holidays. Additionally, most people do a lot of shopping and host large family parties. However, the most prominent element is the use of fireworks. Typically, people like to use sparklers for Diwali since they are safe for children to use as well. Luckily, sparklers are also much loved in this country and are readily available at many places. So, if you want to stick to classic traditions, it shouldn’t be too difficult to achieve. 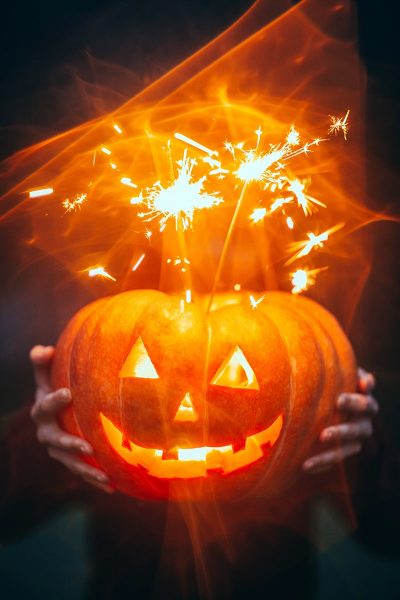 Halloween is one of the most popular holidays in the US, and almost everyone participates in the celebration. Mainly, this is due to the fact that it has almost zero religious affiliation in modern society. Generally, people dress up their children and go through their local neighborhood to collect free candy. This is done by knocking on doors and saying “trick or treat” to receive their bits of candy. Additionally, people host parties, have costume contests, and carve pumpkins to display on their front porch.

However, there are some key areas when Diwali meets Halloween in perfect fashion. First, most people place candles inside their carved pumpkins and leave them outside overnight. This is a direct similarity to how Hindus light candles to place outside for Diwali. Additionally, many people use sparklers on Halloween as well as light other fireworks. These two factors make it an easy transition for people of the Hindu faith, and lines these two holidays up for a beautiful overlap.

Combining the Two When Diwali Meets Halloween on the Calendar

Though it doesn’t happen every year, it’s not very unusual when Diwali meets Halloween on the calendar. Diwali is a floating holiday that happens in late October or early November. The reason it is floating is because it is based off a Hindu calendar that doesn’t directly line up with our modern format. Conversely, Halloween always takes place on the 31st of October regardless of any other factors. Additionally, Diwali is traditionally celebrated for a few days in a row which increases the likelihood of an overlap. In general, these two celebrations meet on the calendar every three years or so. Combining the two may seem counter-intuitive on the surface, but it’s actually super easy. Moreover, it won’t hinder the traditions of either event if done appropriately!

First off, it’s vital that you always prioritize Diwali since it has deep religious ties to the Hindu culture. The last thing you want to do is minimize how important this celebration really is. Essentially, you want to approach this as you are celebrating Deepavali while simultaneously observing Halloween. Drawing this distinction from the beginning will make things a lot easier as you move forward. Next, you need to figure out how you’re going to incorporate Halloween into the mix. I’ve received a lot of feedback from customers on this topic, so I’ll share what I’ve learned.

Overall, the consensus seems to be that you simply make carving pumpkins and trick-or-treating an activity for one night of the holiday. Instead of separating them into different events, you essentially make it an additional activity. This method keeps your sacred traditions alive and well while allowing your children to participate in another popular holiday. In America, this seems to be a popular way to bridge the two cultures and create lasting family traditions.

Is Combining Them Right for My Family?

It seems like most people agree that combining them is in everyone’s best interest. However, some people are very traditional and want to keep things as they are. In the end, only you can decide what’s right for your family; these ideas are just here for people interested in a combination. No matter what you decide, you can enjoy your candles and sparklers all the same!

In the end, this photo depicts how bringing two celebrations together can actually bring cultures together. Pumpkins, candles, and sparklers can be used for either event, so it’s one of the easiest mash-ups you could attempt. After all, when you get right down to it; the things that divide us are much smaller than the things that bring us together.

Remember, we want to hear your story, too! If you have something fun to share, please don’t hesitate to contact us. If you send a cool picture and give us a great story to back it up, we will consider it for our next edition. Thanks for reading!