Using Sparklers During the Olympics

The Olympics are the world’s biggest stage for athletic competitions. Broken into two sets, summer and winter Olympiads, they happen every two years. Nearly every country in the world competes for medals and national pride. However, ultimately it’s about coming together as one world to celebrate the spirit of competition and personal achievement. In the past, we’ve discussed using sparklers at various sporting events. But using sparklers during the Olympics is a long-held tradition that many people enjoy across the globe. If this is a new concept to you; you’re not alone. Here are some of the ways other people pull it off to inspire you for your own activities. Enjoy!

Best Ideas for Using Sparklers During the Olympics

Though most ideas for using our products are pretty straight-forward, events like the Olympic Games can be more challenging. There are some pretty obvious ideas that many people enjoy, but there are also plenty of ideas that you probably haven’t considered. Here are some of the most popular concepts, as well as a few ideas of my own. Hopefully, it will allow you to enjoy the games to their maximum potential. 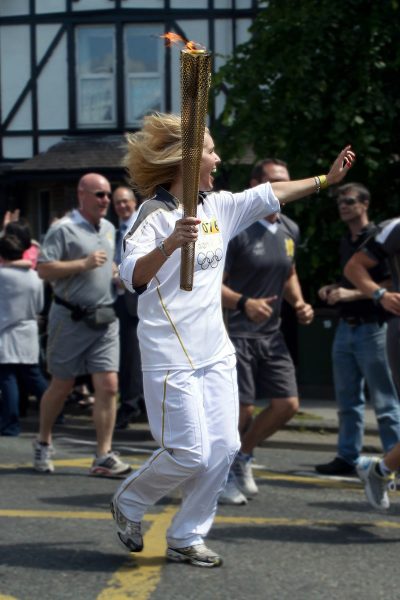 One of the biggest parts of the entire Olympic Games is the carrying of the torch. The first torch relay was in 1936, and since then the flame has never been allowed to be extinguished. When I was a little younger, I was lucky enough to see the torch jog by in person for the Salt Lake City games. Since then, I’ve always been fascinated and envious of that honor. Though it’s not nearly as prestigious, you can reenact that privilege for yourself and children using a sparkler! Simply go to your back yard, light a few, and you have your own make-shift torch! Just be careful not to run too fast; you don’t want a severe burn before you get to enjoy the show.

Be Part of the Opening Ceremony

The opening ceremony is always a big deal; and that is the moment when the torch ignites the actual Olympic flame. However, they also commemorate the moment with a large fireworks show which is a perfect time to join n the fun! As you watch to opening ceremony, just light a few sparklers and pretend like you are there for the festivities. It won’t be quite as grand, but it’s still a great way to take an active role in the event you cherish so much.

If you have a favorite athlete or team, cheering for them is second nature. However, there are certain ways you can feel closer to the moment if you use the right props! For instance, using sparklers after the Super Bowl if your home team wins is a very common place activity. The same thing applies to this arena, but on a much larger level. It doesn’t have to be a highly coordinated event; just light up a few and have fun. It’s an easy way to make your excitement turn into pure jubilation.

Entertain Your Family and Friends

Of course, having a “watch” party is popular in many sporting events. One of the easiest ways to go about using sparklers during the Olympics is to offer them as party favors or decorations for your offerings. For instance, you could put sparklers on a cake or add them to your favorite appetizer. Similarly, you can hand them out as party favors. Whichever you choose, it will instantly make the event a more exciting experience for everyone involved.

Lastly, the closing ceremony is another prime opportunity to use our products to celebrate. Whether your team won gold or not, it’s always import to be a good sportsman. Additionally, just like the opening ceremony; they typically do fireworks to commemorate the games. If you just put some sparklers into your guests’ hands, you can easily make it a special moment.

What is the Best Type of Sparklers to Use for the Olympic Games?

Choosing the right type of product to use for your event is always important. However, since the activities you’ll be performing are so specific, it’s more important than usual for the Olympics. Here is a breakdown of the three types I personally endorse to help you achieve the best results.

The standard “stick” design is by far the most common type that you’ll find on store shelves. Additionally, they are a great fit for the majority of activities that you’ll want to engage in. For instance, if you are simulating holding the torch, these will create the most realistic effect overall. However, it’s important that you choose the right size and color for the best results. In general, you should always choose a version that creates gold sparks to eliminate any issues with smoke. Furthermore, you want something long enough to last but not so long that it becomes a potential danger. I always suggest 20 inch gold sparklers because they are the perfect mix of both these features. If you choose something longer or shorter, you will end up with a lackluster performance.

Sometimes you want to create an effect that traditional versions simply can’t achieve. Whether you are decorating a cake, appetizer, or another type of food, the normal “stick” design often won’t cut it. Fortunately, there are several specialty versions available to fit the needs of such scenarios! The most relevant type is known as bottle sparklers; but the name is somewhat misleading. These are the same type you use for cakes or bottles, so they are extremely versatile. If you are looking for more of a “fountain” type effect, this design is the first place I would look.

Of course, there are plenty of situations where using an open flame is simply not possible. Whether you plan to do your activities indoors or you just want to avoid injuries, LED cake sparklers may be the best fit. They blink a series of small LED lights in various patterns to mimic the look of a traditional sparkler. However, there is no heat or fire produced; so they are vastly safer than the other options on the market. Also, they are reusable so you can keep them for an upcoming birthday party or other celebration. They cost a bit more upfront; but they will actually save you money if you use them over and over again.

Dangerous and Potentially Illegal Ways of Using Sparklers During the Olympics

Before you decide to try using sparklers during the Olympics, you need to consider the safety and legal consequences carefully. Obviously, anything with an open flame can potentially cause an injury. However, people often overlook other things like legal issues or property damage. Here are a few specific scenarios to consider before you decide to make a purchase.

Using Them at the Actual Games 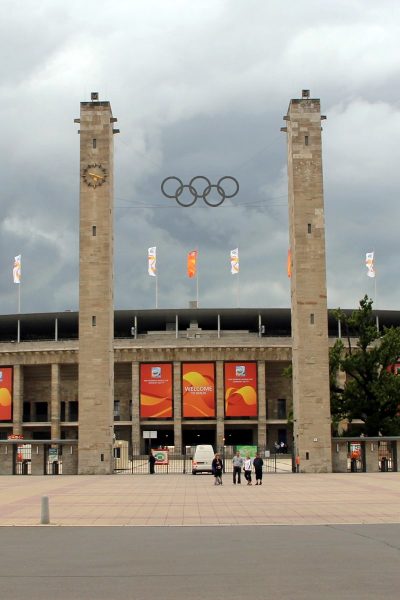 One thing you definitely want to avoid is bringing them along to the actual site of the games. First off, it is completely illegal to bring sparklers onto a plane in any fashion. Furthermore, there are very strict rules surrounding anything considered flammable or explosive on location; and they have elaborate search procedures in place to keep the spectators safe. After the 1996 Atlanta Olympic Games bombing, they have really ramped up security and oversight. Even though our products are not considered an “explosive”, the compounds can easily give a false-positive and land you in a heap of trouble. No matter how tempting it may be, just leave them at home to keep yourself out of jail; especially in a foreign country.

Using Them During Dry Season

Another thing people overlook is that dry season and fire make a very deadly combination. Most of the country is usually unaffected by severe droughts and lack of rainfall. However, areas like the western seaboard like California deal with dry conditions on a yearly basis. Not long ago, sparklers were blamed for California wildfires after a so-called “gender reveal” party; though in reality it was a smoke-generating device and not an actual sparkler. The result was billions of dollars in property damage and a tragic loss of life. Before you consider using sparklers during the Olympics, check your local laws and burning restrictions to avoid these types of tragedies in the future.

Are They Best for the Summer or Winter Olympic Games?

Since there are games for both summer and winter events, I’m often asked which one is a better fit for our products. Fortunately, I’m proud to tell customers that they are great for either one! However, there are certain considerations for each season that you need to take seriously. For winter games, it’s likely going to be cold and snowy outside. So, you need to plan for indoor activities to be safe. Conversely, summer weather can lead to dry conditions that make certain activities dangerous. So, you need to make sure there aren’t any wildfire alerts in your area before deciding to use them.  However, if you make sure you have a good plan in place, they work equally well for either the summer or winter Olympic Games.

No matter which activities strike your fancy, your main concerns should be safety and choosing the right products. For most people, using sparklers during the Olympics is an add-on accessory to other activities you already have planned. However, for ideas like recreating the torch, they are the centerpiece to the activity. Just make sure to research your options and have a good plan in place for proper sparkler safety. If you can check both those boxes, you’ll be in really good shape. Good luck and enjoy the games! 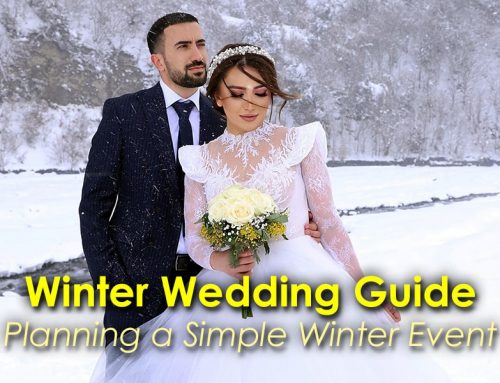 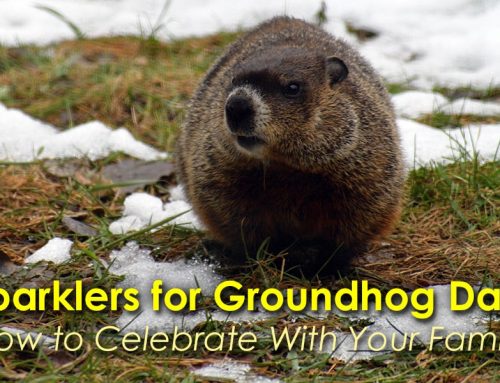 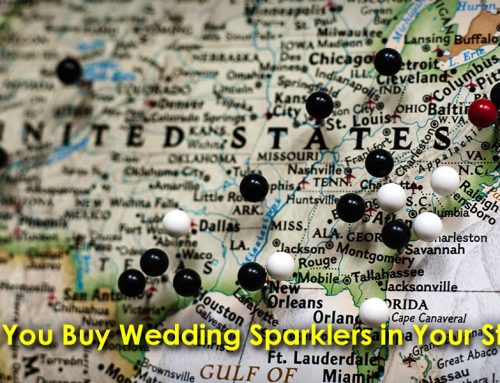 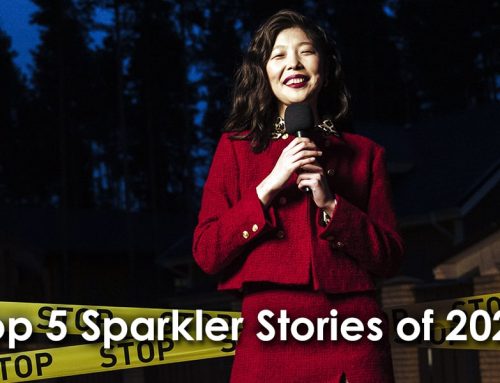 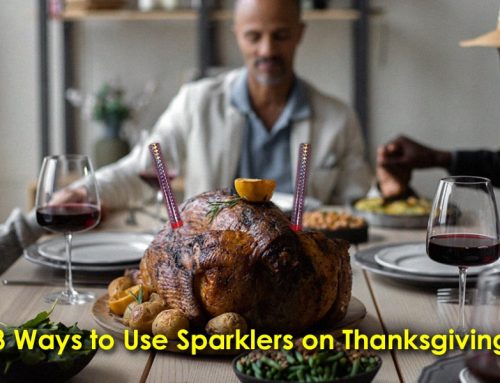 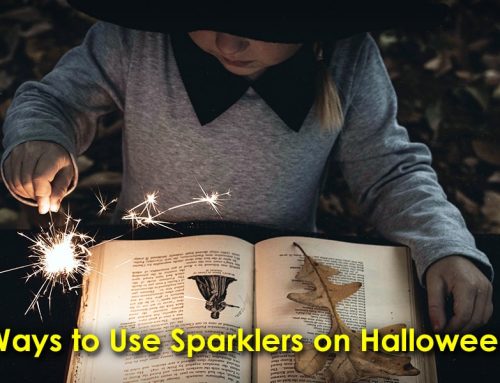 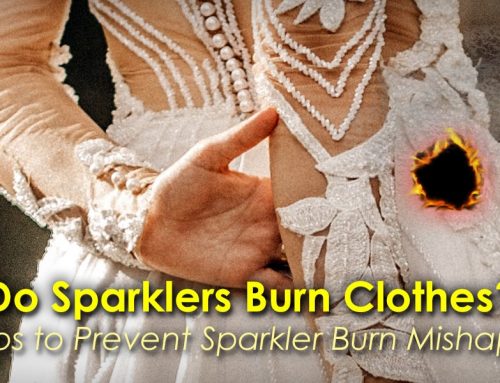