Things You Should Never Do With Sparklers

There are many things you should never do with sparklers, and most of them pertain to safety. They are not dangerous when used correctly, but improper use can result in damage or injury. Unfortunately, there are a lot of people out there who make bad decisions and it can lead to some very serious issues. The last thing I want is for someone to get hurt needlessly; so I’ve put together this guide to help you make better decisions. Here are 7 stupid ideas that you should never do with sparklers.

One of the stupidest things you can do with sparklers is to try to juggle them. Obviously, if you are a world-class juggler, I’m not trying to tell you how to perform your act. However, if you are an amateur, juggling them can be a terrible mistake. Since many performers juggle fire, it’s easy to see why this would seem like a good idea. However, sparklers burn much hotter than regular flames and can cause extreme injuries. Additionally, they are not properly balanced for juggling; so you are just asking for trouble. Trust me; juggling is something you should never do with sparklers.

Put Them in Your Mouth 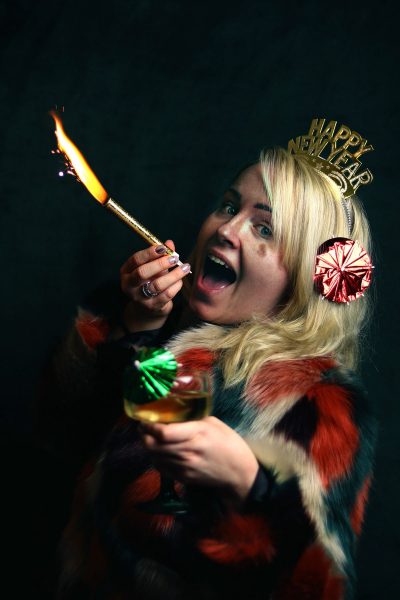 Every day, I’m astonished at the things some people do. Why would you ever consider putting a sparkler in your mouth? I honestly have no idea. However, it is remarkably more common than you probably think. As I mentioned before, they are extremely hot. The last thing you want to do is severely burn your face because if something foolish. No matter what your reasons happen to be, keep them out of your mouth!

A lot of people are tempted to make things themselves, and sparklers are not an exception. Some people enjoy the challenge of doing things themselves, while others may hatch a plan to save money. Unfortunately, most of the recipes for making homemade sparklers will result in a poor quality product. Sadly, most of the ingredients to make them correctly are either difficult to obtain or require special permitting. Additionally, some of the raw chemicals can be very hazardous to handle without proper training. Lastly, the cost of getting the materials and ingredients to do is much more expensive than purchasing already made. Overall, this is just a waste of time and something you should avoid.

Anytime a group of people are holding a long object in their hands, it can be tempting to perform shenanigans. A very common choice is to “sword fight”, particularly for children. However, the notion that it is okay to sword fight with sparklers is incredibly foolish and dangerous. Not only could you hurt yourselves, but you could accidentally hurt an onlooker. Or, even worse, you could cause damage to property or nearby buildings! No matter how alluring it is, it is never a good idea to do this. Please curb your temptations and act like a mature and responsible adult.

Use Them on a Trampoline 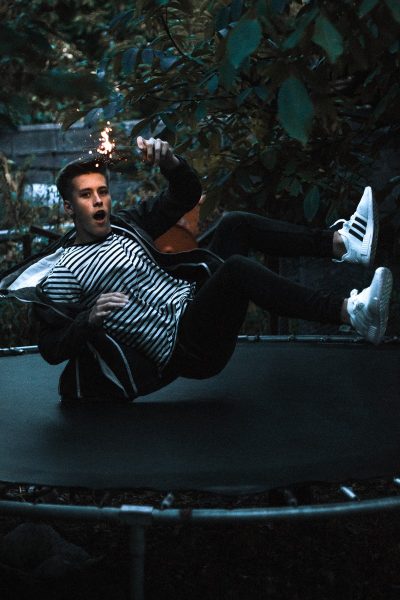 I have a personal experience involving this one, and it is one of the most traumatic memories that I have. I was at a 4th of July party several years ago, and everyone was using sparklers. A friend of mine, Chad, decided it would be a good idea to take off his shirt and get on the trampoline. Everything started out great, he was a pretty good acrobat and everyone was impressed. However, that’s when things went terribly wrong. Chad lost his footing during his act, and fell face first into the trampoline landing on two lit sparklers. They were sandwiched between his chest and the trampoline, and he let out a blood-curdling scream.

I rushed over to help him, and when we got him turned over you could see the damage that had been done. The sparklers had melted through several layers of skin and they were actually embedded in his flesh. We had to rush him to the hospital, where the removed the metal wires and treated his burns. To this day, Chad has a pair of ugly looking scars that remind him of that day. Hopefully, you now understand that you should never do this with sparklers; it’s a tragedy waiting to happen.

Give Them to Children Unattended

Children love sparklers more than anyone else, and they are clearly the target audience for the product. However, children require direct supervision while using them so they don’t get hurt. Sadly, many people take them for granted and allow their kids to play with them unsupervised. This is reckless, irresponsible, and incredibly dangerous. In fact, you should use a cup to protect children’s hands while they use sparklers in addition to direct supervision. If you aren’t responsible enough to pay attention to the kids, you should forgo using sparklers as part of your celebration.

Lastly, the stupidest thing you can do with our products is to build a sparkler bomb. Most people stick with a very basic and crude design. It involves grabbing a huge pile of them and tightly wrapping them in duct tape. The result is quite astonishing; you can get your creation to soar high into the air. Some people claim they have reached heights of 150 feet or more! However, it is impossible to control where the device will go once it is lit. Unfortunately, this leads to many building fires and injuries each year. Remember, they burn at over 2000 degrees; so when you wrap a bunch of them together you are creating a recipe for disaster. Though the result might sound cool, it’s definitely one of the things you should never do with sparklers.

While there are certainly other dumb ideas out there, these 7 are the worst in my opinion. Not a single idea on this list is smart under any circumstances. However, there are plenty of ways to use sparklers correctly that can be much more fun than these examples. Best of all, they won’t land you in the emergency room or force an awkward conversation with the fire department. Remember, safety should always be your primary concern; and that is why you should never do these things with sparklers.