How to Use Sparklers in Maternity Photos

Sparklers have become a staple prop for photos at weddings, parties, and holidays throughout the year. However, there are new ways for them to be used emerging every single day. One of the latest crazes is using sparklers in maternity photos. As the universal symbol for celebrations, it was only a matter of time before they were tapped for such an occasion.

Recently, we have seen a surge of couples using sparklers for gender reveal parties. Typically, the color pink is used for girls and the color blue is used for boys. However, many couples have even embraced the color green if they are having twins. Though maternity photos are somewhat different from a gender reveal, they still add a lot to your photos. Here are some key things to consider if you are entertaining the idea of using them in your maternity photos. 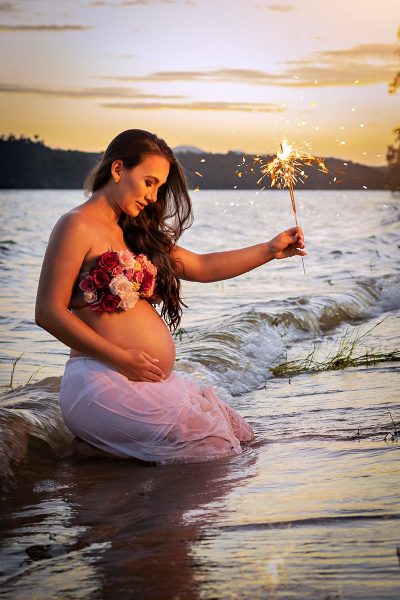 Choosing the right location for your pictures isn’t only about the comfort of the expecting mother; it will set the backdrop for the entire photo shoot. Typically, I suggest choosing places with a lot of natural beauty such as a beach or a forest. Additionally, the natural lighting in these areas will enhance the glow of the mother in the pictures. Conversely, I suggest avoiding an indoor location because artificial light will create the opposite effect. Obviously, some couples will need to do their photo shoot indoors if the weather doesn’t permit doing it outdoors. Overall, I encourage you to think of the types of locations that you would use in graduation photos as a roadmap.

Choose the Right Type of Sparklers

Choosing the right size and type of sparklers is an important part of creating the perfect photos. Many people want to use ones that are uniquely shaped or create lots of color, but this can actually be a huge mistake. First off, versions that are shaped like hearts or stars are unpredictable in their performance. Additionally, color versions can create a lot of smoke and lead to hazy photos. Instead, I suggest sticking with classic versions that perform in the color gold. But which size should you choose?

Sadly, there is a common misconception that “bigger is better”. While that may be true for certain activities, it doesn’t actually hold up for a maternity photo shoot. Conversely, choosing a size that is very short will create problems as well. I suggest using 20 inch sparklers in your pictures for obvious reasons. If you choose shorter, they won’t provide enough time to get the right shots. If you go longer, they will be awkward and tricky to capture on film. At the end of the day, the 20 inch version provides the best overall combination of performance and appearance.

Getting a lot of different shots is very important; particularly when using sparklers in maternity photos. Sparklers are very random and sporadic devices, so getting a picture at just the right moment is a matter of trial and error. Unlike normal posed photography, there are simply too many moving parts to leave things to chance. So, try to take at least double the amount that you think would normally be necessary.

Additionally, I always like to suggest taking video at the same time. Though it isn’t usually the same quality, you can grab a frame from the video and use it as a still shot. Obviously, the traditional images are going to be better resolution. However, hedging the process with video will ensure that you have every option at your disposal after the smoke clears. 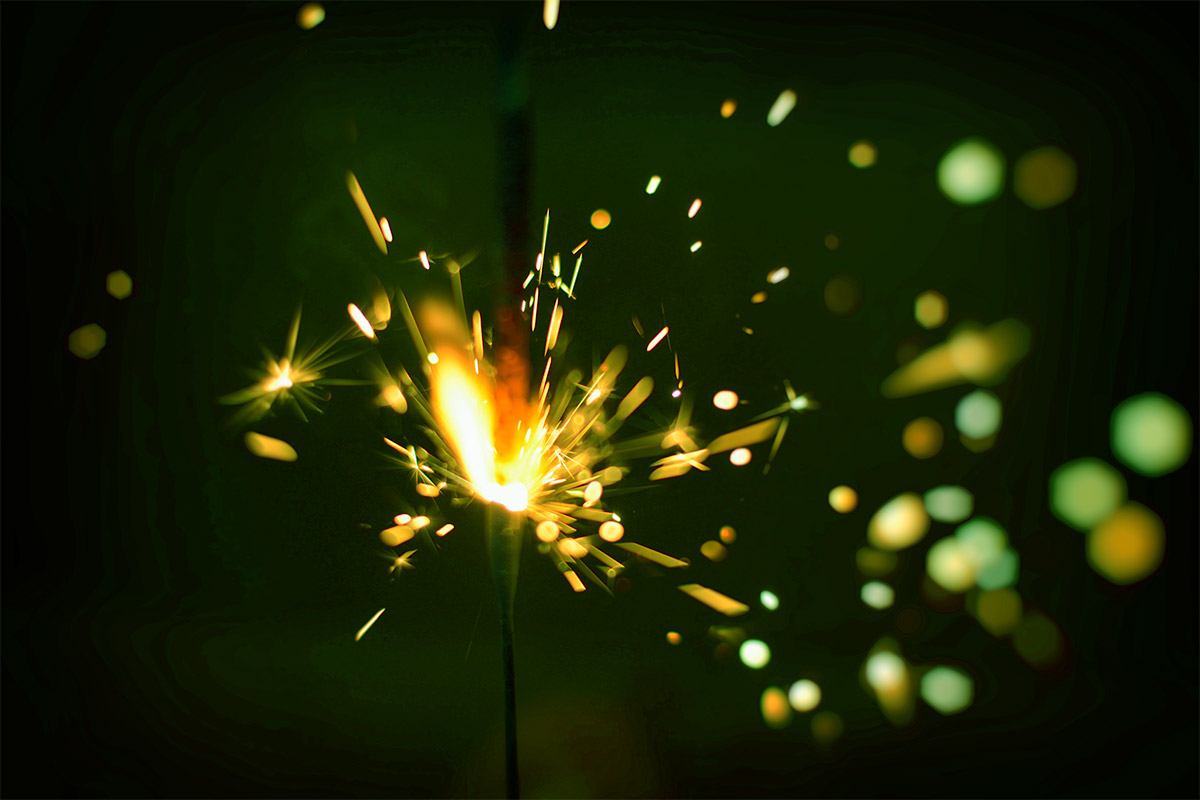 Though I have advocated for using traditional gold versions during your shoot, there are some interesting approaches where color sparklers can be appropriate. One such circumstance is to “secretly” reveal the gender of your baby in your photos. For instance, if you are having a girl, holding a pink one in your hand can serve as a hidden message. Similarly, blue can be used to signal a boy is on the way. This can be a fun little game to play during your shoot; particularly with the rise of people keeping the gender a secret. Trust me; most people will completely overlook this “tip-off” until after the baby is born. Then, you can pull out your maternity photos later and show everyone that the answer was right under their noses the entire time.

Safety is always important when using flammable devices, but never is it more crucial than when you’re using sparklers in maternity photos. The last thing you want is for the expecting mother to incur an injury. In fact, severe burns can be quite harmful to expecting mothers and even lead to complications during birth. Don’t be afraid to use a plastic cup to protect your hand. Additionally, make sure you are sitting somewhere stable before you light the sparkler. Though safety is always an important consideration, take the time in this moment to make great decisions. To put it bluntly: never take risks that could result in harming an expecting mother.

Is Using Sparklers in Maternity Photos Right for You?

Overall, the decision to use them or not is a personal choice. Personally, I love the way that the images turn out and it can really convey the excitement of the couple. Additionally, when you factor in the hidden message concept, they will likely be some of your favorite pictures to look at as your child gets older. However, there is no shame with sticking to traditional concepts like milk bath maternity photos. At the end of the day, pregnant woman are the most beautiful thing on Earth. Using sparklers is just another feather in your cap. However, the most important thing is to capture the moment however you feel most comfortable and the images will speak for themselves.

Congratulations on the new addition to your family, and I hope your photo shoot goes better than you ever dreamed it would!

SPRING SALE - 10% OFF ALL SPARKLERS! | FREE SHIPPING ON ORDERS OVER $50!**LIMITED TIME ONLY - FREE SEND-OFF DISPLAY KIT WITH ANY ORDER! Dismiss